I’ve been playing the Tsugaru shamisen for a couple of years, with a lesson almost every week. In that time, I’ve made good progress, and I’ve learned a whole lot of pieces. What I haven’t seen much of, however, is good quality sheet music.

The shamisen has its own tablature-based notation system. As it’s quite a niche instrument, especially outside Japan, there’s not really much software to help with making scores, and a lot of scores are handwritten and/or multiple-generation photocopies that are hard to read.

Motivated by one particularly illegible score I was trying to learn, I decided to do something about it. 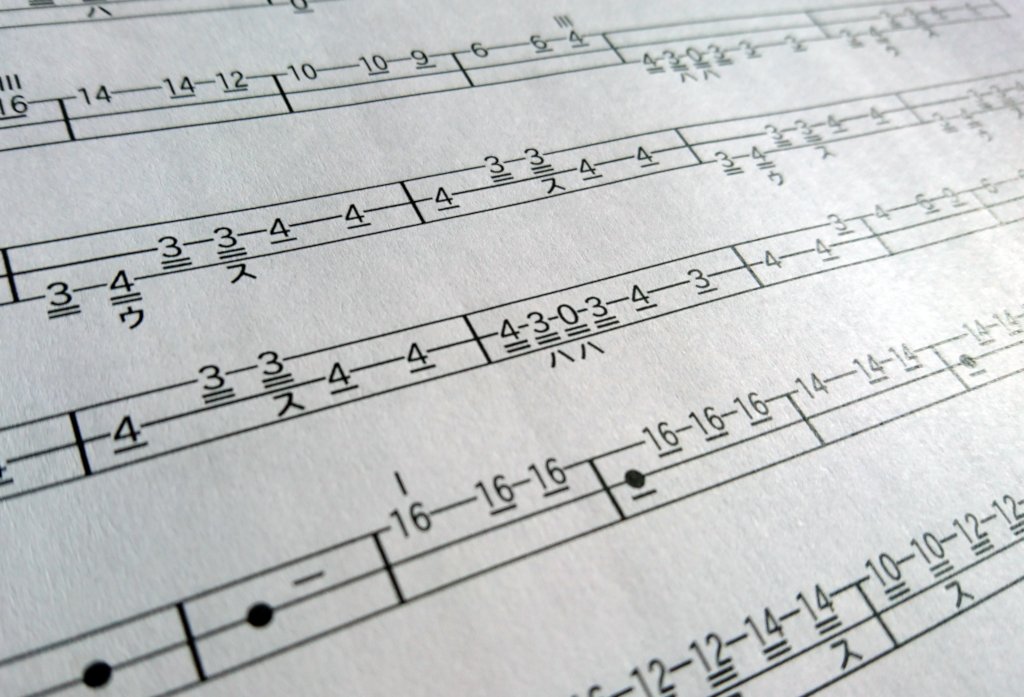 LilyPond is a complicated and powerful free and open source music engraver. The thing I like about it is that it is not WYSIWYG. It’s closer to LaTeX in its separation of content from presentation. It’s harder to get started, perhaps, but it’s repeatable, and it’s possible to make large changes without a lot of fiddling.

One by one, by reading a lot of the LilyPond source and by writing a lot of Scheme code (its extension language), I overcame these obstacles.

Here’s the result: lilypond-shamisen lets you include one file and typeset beautiful readable shamisen music, as illustrated above.

I’ll be writing about what I’ve done with it next.