I hit a double milestone yesterday: I reached an 800-day streak on Duolingo, and completed the Turkish course. 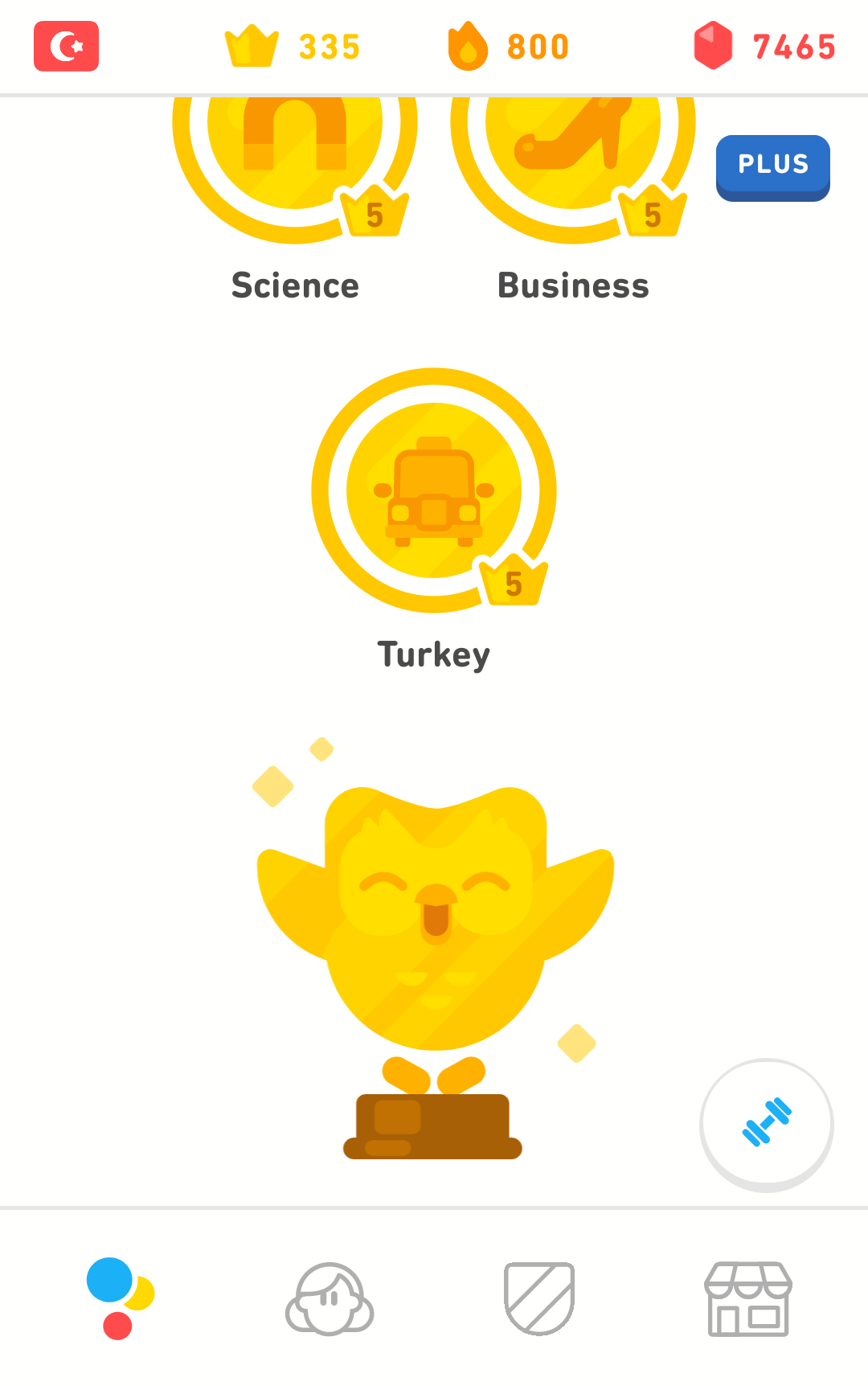 I started doing the Turkish course before a holiday in Turkey a few years ago, and found it interesting enough that I decided to keep it up. Turkish is a pleasingly regular language, and although it’s unrelated to any of the other languages I know, the fact that it’s almost fully left-branching feels very familiar when compared to Japanese.

Turkish is the third course I’ve completed on Duolingo. Possibly the fourth: I’m pretty sure I completed an older version of the Spanish course many years ago, but it’s been updated and expanded since then, and I haven’t been so motivated to test out of all the levels again.

I have a variety of opinions about Duolingo, not all of them good. Sometimes it’s frustrating. I don’t really like the leagues at all: even though I’m in the top league, and have even managed to get the achievement award for coming first in that league, being forced to compete against 49 strangers studying different languages doesn’t feel very worthwhile. Sometimes the things it wants you to learn aren’t the things you need: it’s actually pretty useless as a way to learn basic holiday vocabulary. Sometimes it feels like a tedious daily duty. But somehow I’ve managed to keep studying every day for a couple of years, and the little bits of regular practice do seem to work.

In fact, I think that once you’ve completed the tree for a language, it becomes a better pedagogical tool. No longer do you have to slog through a specific point of grammar; instead, it just keeps coming up until it’s no longer mysterious. With enough exposure, even the modh coinníollach can become familiar. I hope.