In my ongoing quest for computing minimalism, I’m using the LXDE desktop environment (via Lubuntu) on my new laptop in place of XFCE, which (via Xubuntu) I’d been using for the past few years. I’m happy with it: it’s fast, flexible, and it doesn’t get in the way. It didn’t quite work right out of the box, though. The fixes were all simple, but not so easy to find. 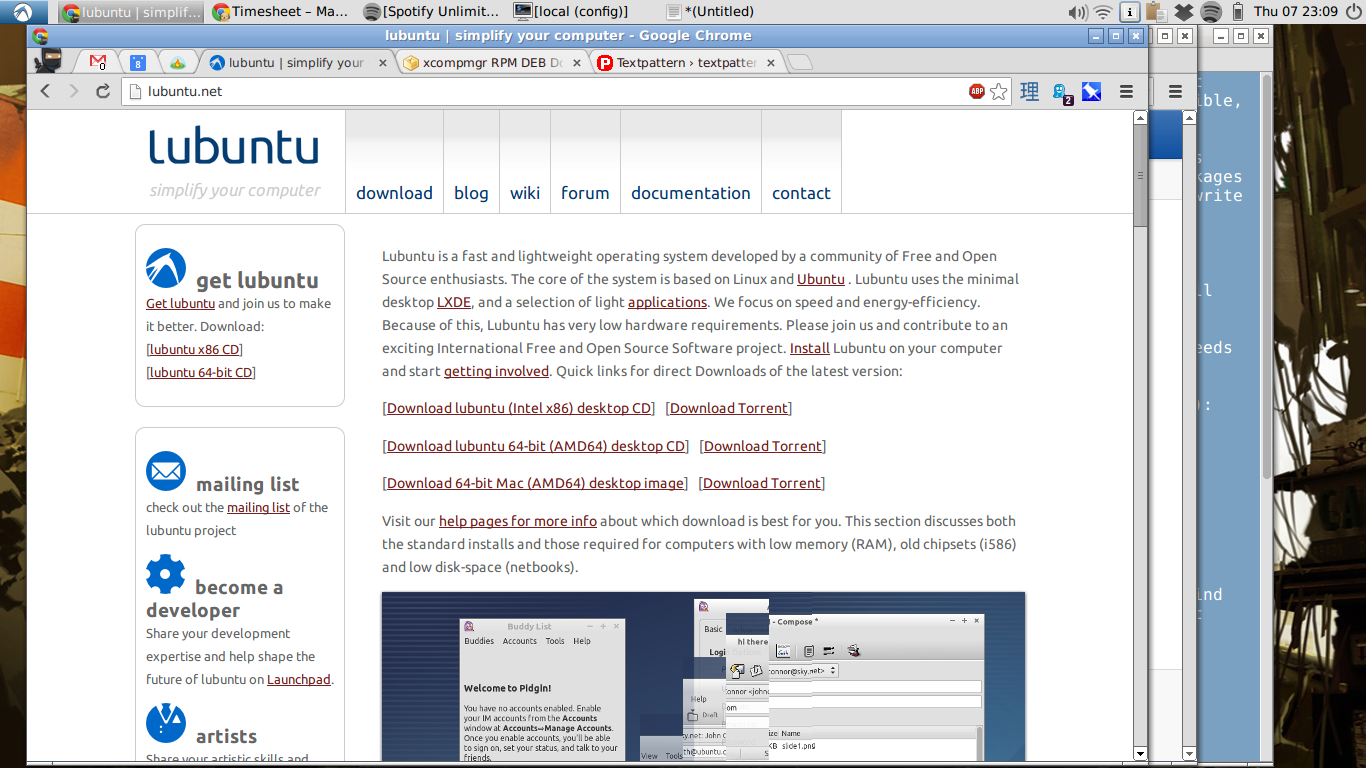 It’s not really Lubuntu’s fault that things aren’t quite right. Most of its packages come from regular Ubuntu, and all the problems I encountered were due to Ubuntu packages that either contained bugs or didn’t specify all their dependencies.

I hope that if I write down the problems and fixes here, I’ll at least save someone else a late night.

If you use an IME for entering complex scripts (like, say, Japanese, as I do), you’ll notice that the indicator that shows the current input status is missing.

This is simply due to missing dependencies. The indicator applet uses Python, and needs a few libraries to work properly.

The solution is to install the following packages (via apt-get install or similar):

If you use IBus in Lubuntu for the aforementioned complex script input, you might find that typing simpler scripts becomes impossible. For example, I use a keyboard layout that allows me to type AltGr + " followed by a to produce ä.

What I got instead was just a plain old a, at least in GTK apps.

The solution is to install GTK support for IBus, by installing these packages:

Problem 3: No window shadows when using xcompmgr for compositing

Version 1.1.6 of xcompmgr doesn’t draw window shadows with Openbox. The previous version, 1.1.5, does.

The solution is to install the older version and lock it. Version 1.1.5 can be found via pkgs.org (amd64 or i386 versions). Download it, then:

Incidentally, my settings for xcompmgr are: