I hate the TV Licence.

Actually, I’m not opposed to a publicly-funded commercial-free broadcasting service in principle. I listen to BBC Radio, watch BBC TV—I even went to the BBC Backstage party last weekend! But I hate the TV Licence implementation.

It’s a tax—they may call it a licence, but the National Statistics Office classifies it as a tax—collected by a private company using fear and intimidation. Those TV detector vans? Bullshit. No one has ever been convicted on the evidence of a detector van. They collect evidence by peeking through windows and conning their way into private residences to ‘check’. I say ‘conning’ because they have no right of entry, regardless of the legal nonsense they pepper their rude letters with.

It’s intrusive. Every time you buy a piece of TV equipment, you have to give your name, address and postcode to be passed on to TV Licensing. (I don’t fret over the privacy intrusion, though: if they want an address, let them have one. I like to use A. Blair, No. 11, SW1A 2AJ.)

And it’s wasteful. The price of a licence is set by the government anyway, who use the renegotiations as an opportunity to coerce the BBC. Given that the licence fee doesn’t give independence, why not just pay it from general taxation? At least, the burden would be distributed more fairly. However, they’d also be able to save the overhead of enforcement: all those uncivil letters and doorstepping heavies.

Yesterday evening, I came home to find a hand-delivered, crudely scrawled form in my letterbox, informing me that someone had called. Printed in heavy black letters on the top was ‘We said we’d call.’ I could almost hear the cod-Sicilian accent behind it. 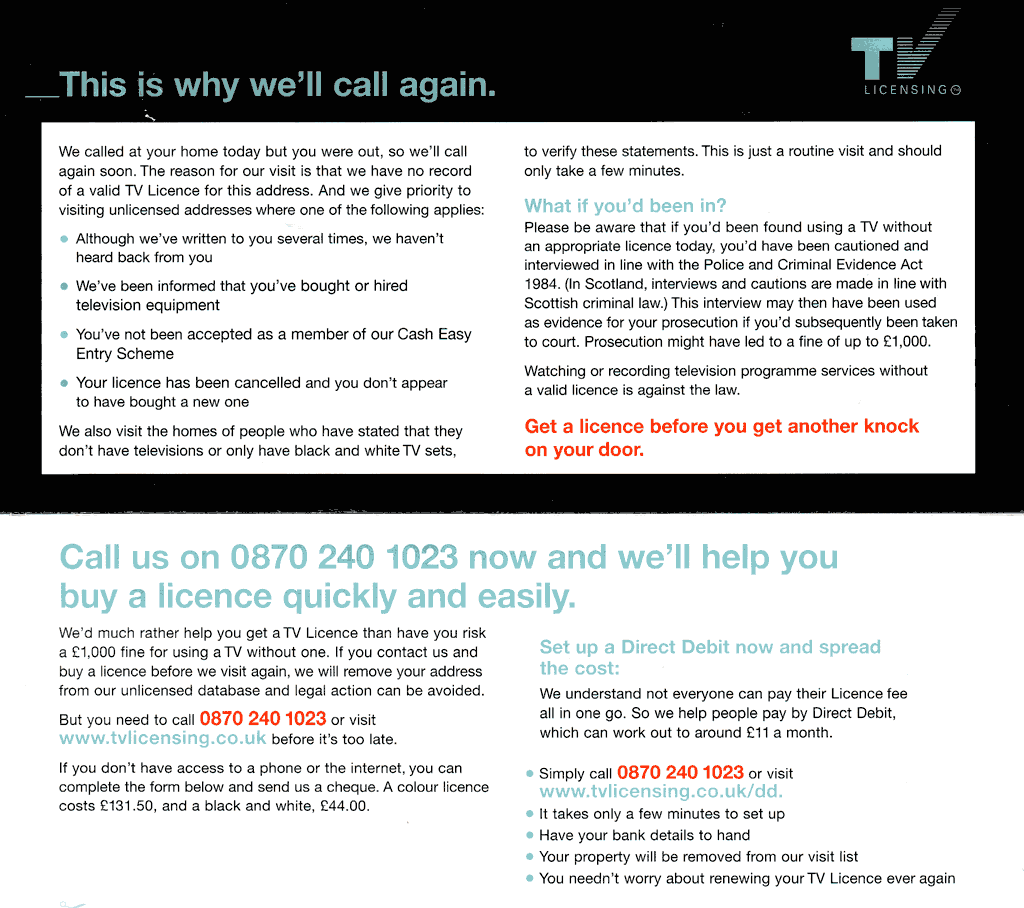 Today, another letter came through the post, announcing itself unsubtly: 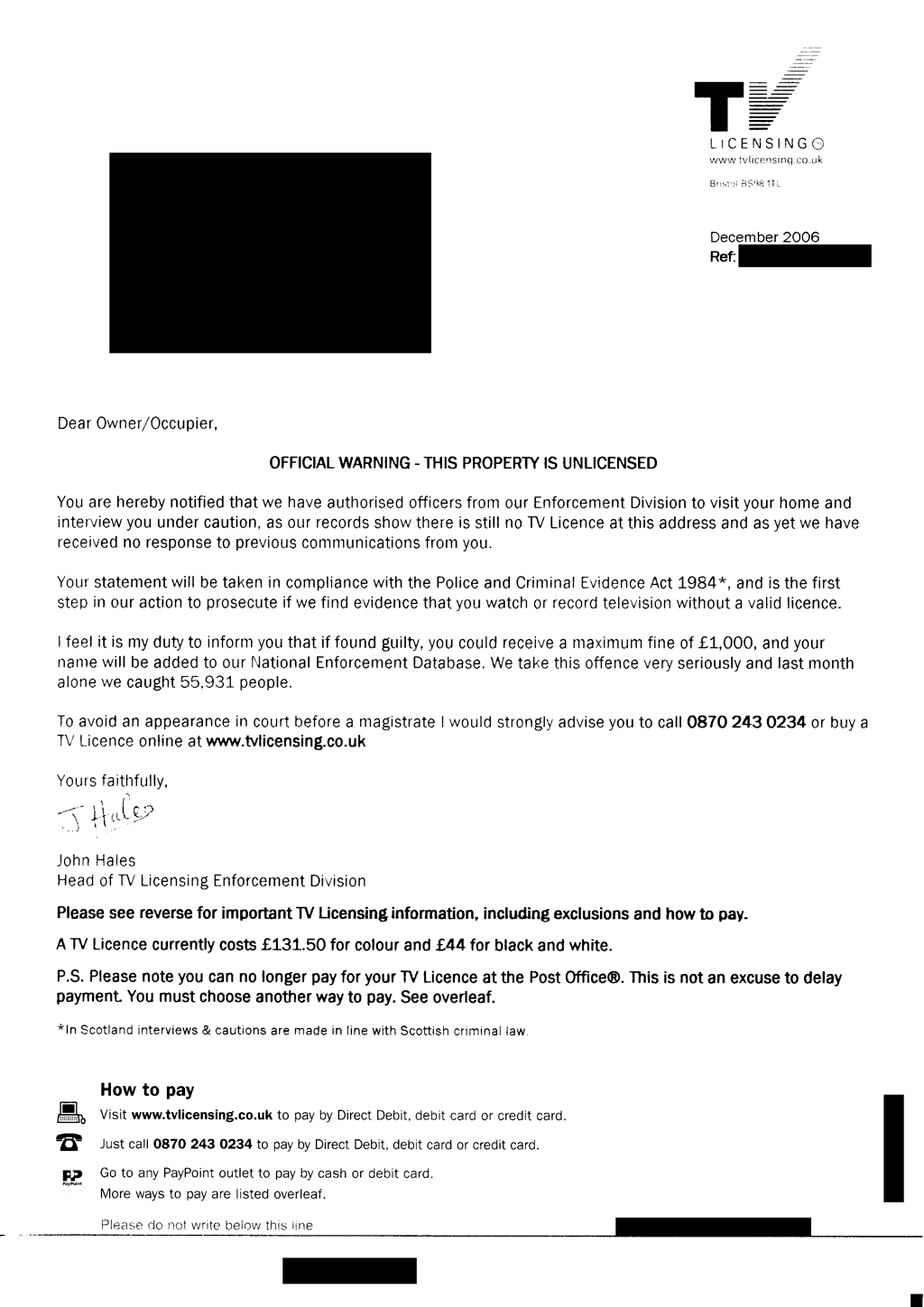 OFFICIAL WARNING – THIS PROPERTY IS UNLICENSED

Let’s pick it apart a bit:

You are hereby notified that we have authorised officers from our Enforcement Division to visit your home and interview you under caution, as our records show that there is still no TV Licence at this address and as yet we have received no response to previous communications from you.

‘Hereby’ ... ‘authorised’ ... ‘officers’ ... ‘Enforcement Division’ ... ‘interview you under caution’. What complete and utter bollocks! They can call their rent-a-thugs ‘officers’ and ‘authorise’ them all they like, but they are still just civilians with no more rights to barge into someone’s home and interview them than you or I. This language is a blatant attempt to misrepresent TVL employees as officers of the law. It probably even works on most people.

I feel it is my duty to inform you that if found guilty, you could receive a maximum fine of £1,000, and your name will be added to our National Enforcement Database. We take this offence very seriously and last month alone we caught 55,931 people.

‘National Enforcement Database’. That sounds scary, doesn’t it? What they don’t tell you is that you go onto their Database when you do buy a licence!

Normalising those numbers, we can see that they catch:

Yup, smells a bit rotten to me.

Anyway, here’s the rub: I’ve got a TV licence!

I bought it online some time ago, so there’s no excuse for it not to be in their database. The address is exactly the same both on the licence and in the missives they send me.

What more can I do? Milk it, of course. If they want to run around trying to catch me watching TV, let them. There could be a lot of fun to be had in this. I hope I’m in next time they call.