I attended the FFII demonstration against software patents in Europe. Here’s a good summary of the politics from the demo site:

Currently, the European Council of Ministers is discussing this directive. Their internal working party proposes to simply discard all clarifying amendments from the Parliament. They want to make everything patentable.

It was good fun—the weather was fantastic (and I got a little bit of sunburn) and the march was incredibly orderly. 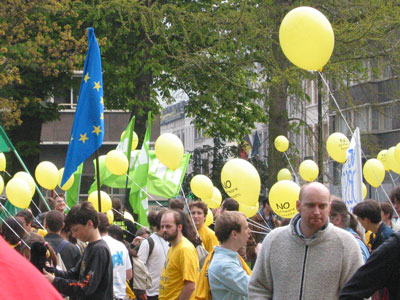 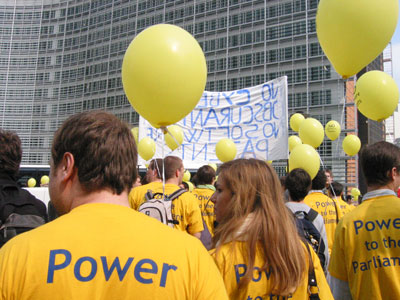 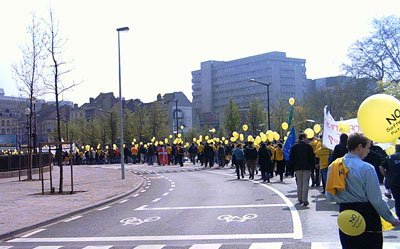 The first two photos are mine; the third is a crop of one taken by Harmen van der Wal, who has many more.

EuroNews were also there and have a report. It’s gratifying to watch their report—they have really got our message across.