I stayed up late on Wednesday working on refactoring my oscillator code, late enough to catch OSINT people spotting troop movements on the Belgorod (Russia) to Kharkiv (Ukraine) road via a traffic jam on Google Maps. At that point it was obvious that whatever Putin was about to do involved a lot more than just Donetsk and Luhansk, and so I stayed up for another few hours while the grim reality unfolded.

I’m glad that I had booked a ticket for the Life Between Islands exhibit at Tate Britain, because it gave me something to get up (a bit bleary eyed) and do on Thursday that wasn’t impotently watching yet another war begin. It’s a really good exhibition, varied and interesting, and I spent over two hours in there. My favourite piece was the video near the end, INFINITY minus infinity by the Otolith Group. (If you’re going and want to see it, it’s played once per hour, starting on the hour.) It’s an acerbic, humorous, yet righteously angry look at the impact of racism and colonialism, and the role of the British state in that.

I saw some of the aftermath of last week’s storm over by South Dock: a plane tree had been snapped in half, crushing the car below. 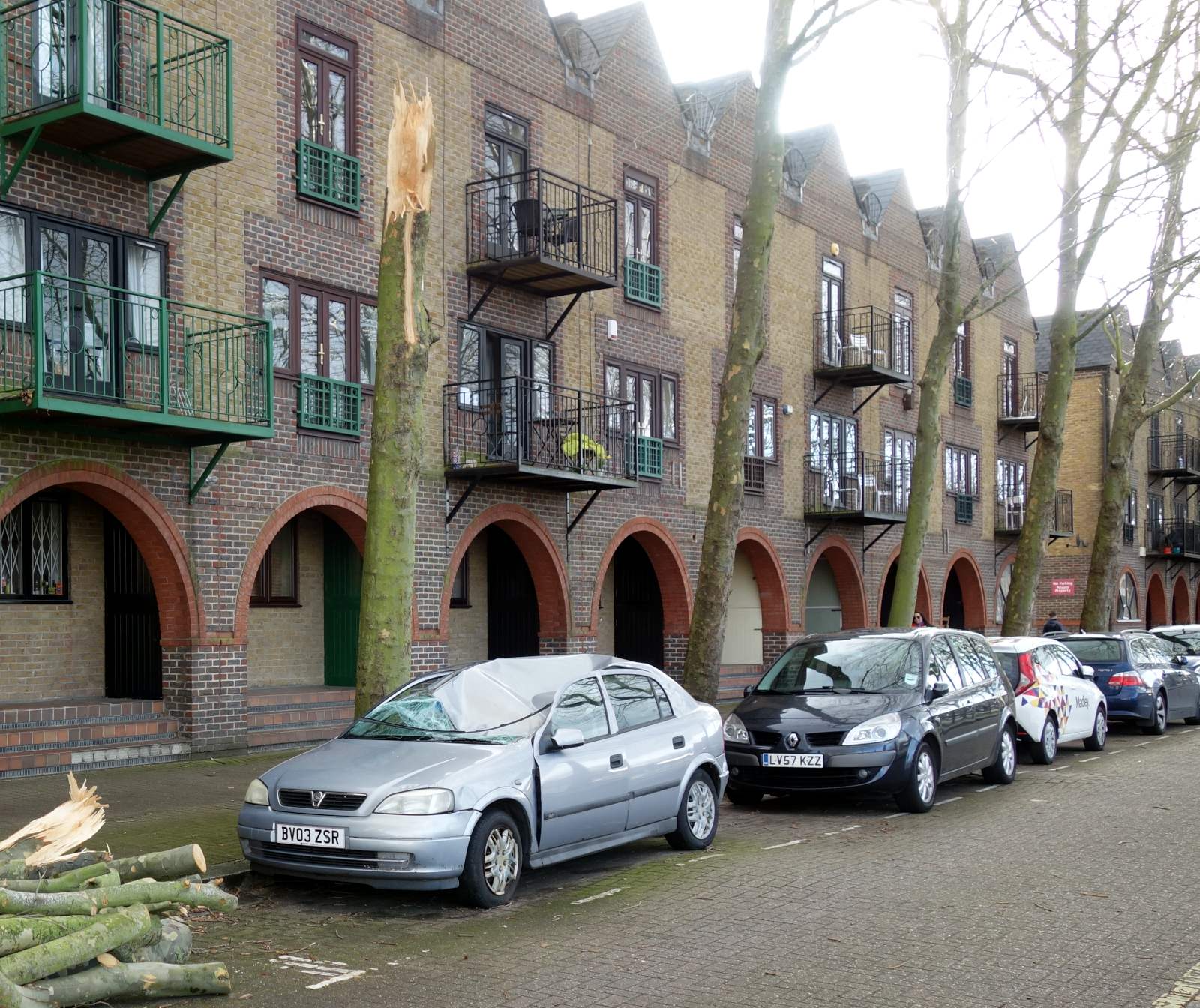 Destroying the oldest banger on the street seems like the least bad outcome, considering the alternatives.

I learned some Russian vocabulary. Wars have memes now.