All the components have arrived for my Pipistrelle project, and I’m just waiting for the circuit boards. Those were completed towards the end of the week, and they’re currently somewhere at a Fedex facility in Guangzhou.

I spotted a jay in our garden. I’ve seen a pair in Russia Dock Woodland a few times in the past couple of weeks, but this was the first time I’d seen one so close. I managed to grab my camera in time to snap a photo: 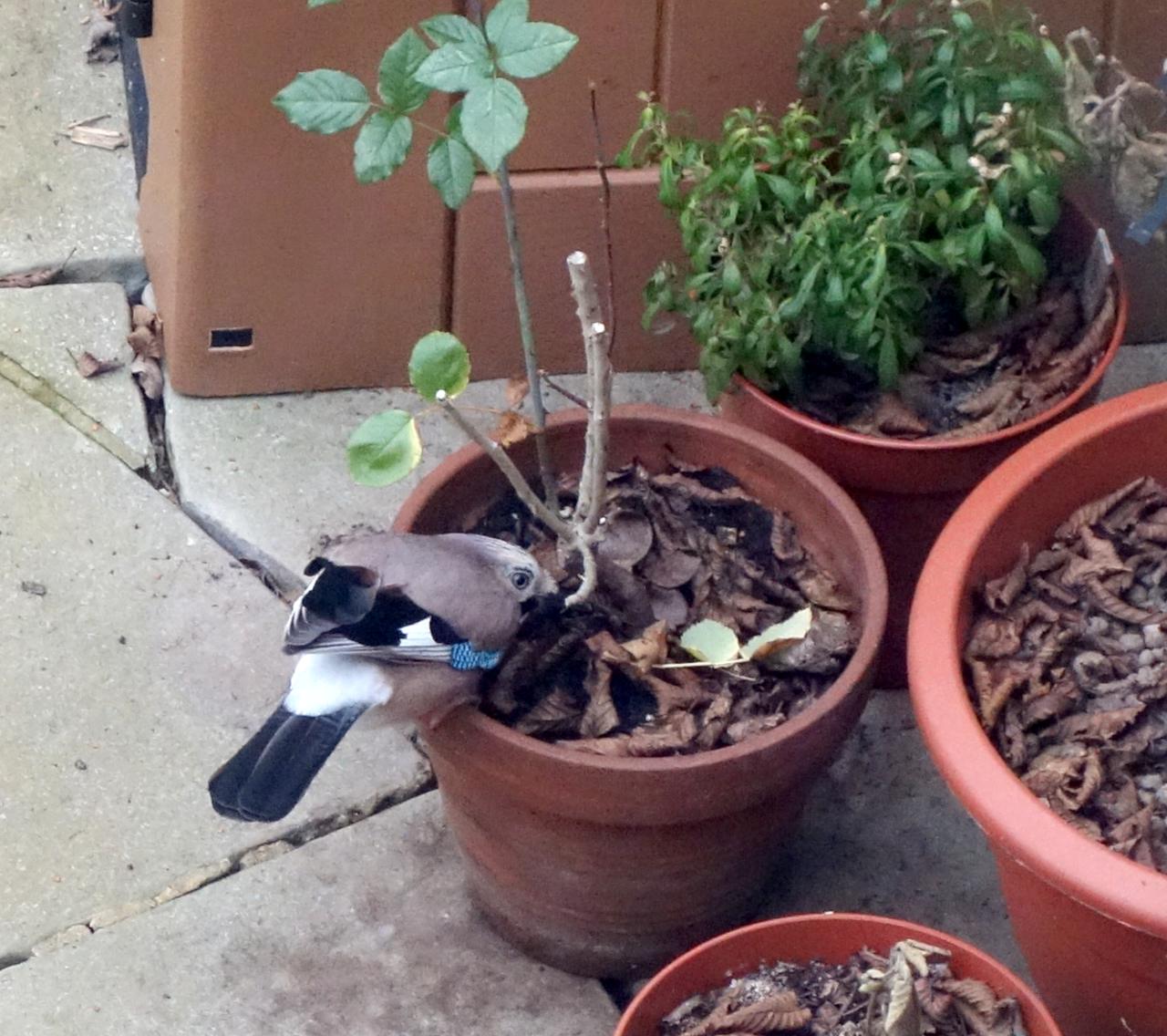 I wasted a day trying and failing to compile herbalizer so that I could convert some Haml templates to HTML + ERB, but the level of expertise required to get 9-year-old Haskell to compile on a current system was beyond me. Luckily, I managed to compile it once in the past, and still had the binary on an old hard disk. All it needed was an old version of libffi.

Haml is a funny thing. You imagine the HTML you want, then write something that looks entirely unlike that HTML but that involves a lot of cryptic characters from the top row of the keyboard, then hope that you get the HTML that you want. I don’t much care for it myself, but it’s an even harder sell to people who already know HTML and want to work with something they understand. Unfortunately, once you have a few (or, in this case, one hundred and sixty) Haml templates, it’s hard to get them out of that format. Herbalizer is the only tool I’m aware of, so it’s getting harder still.

On Saturday, I met a couple of friends from university. I had a good time chatting and catching up, with the strange experience of walking into a pub at just past ten p.m. to be told that they were closing.

We all studied electronic engineering, but none of us works in electronics, and I’m the only one of the three of us who does it as a hobby. I enjoy it a lot more now!