The Gaelic for December is an Dùbhlachd, literally “the blackness”, and I can understand why. It’s bad enough in London. I know it’s worse up there.

Although 21 December is the shortest day of the year, the earliest sunset peaked a little earlier, on 18 December. The sunsets have already started getting later. A bit. Slowly: at a rate of about 30 seconds a day. But at least that’s something that’s going in the right direction.

I took some junk (old light switches and bits of metal) to the recycling centre, but it was a fairly hibernatory week otherwise.

Electronics is a very indoor hobby, and I built four Eurorack modules. One kit, the other three from PCBs and parts. 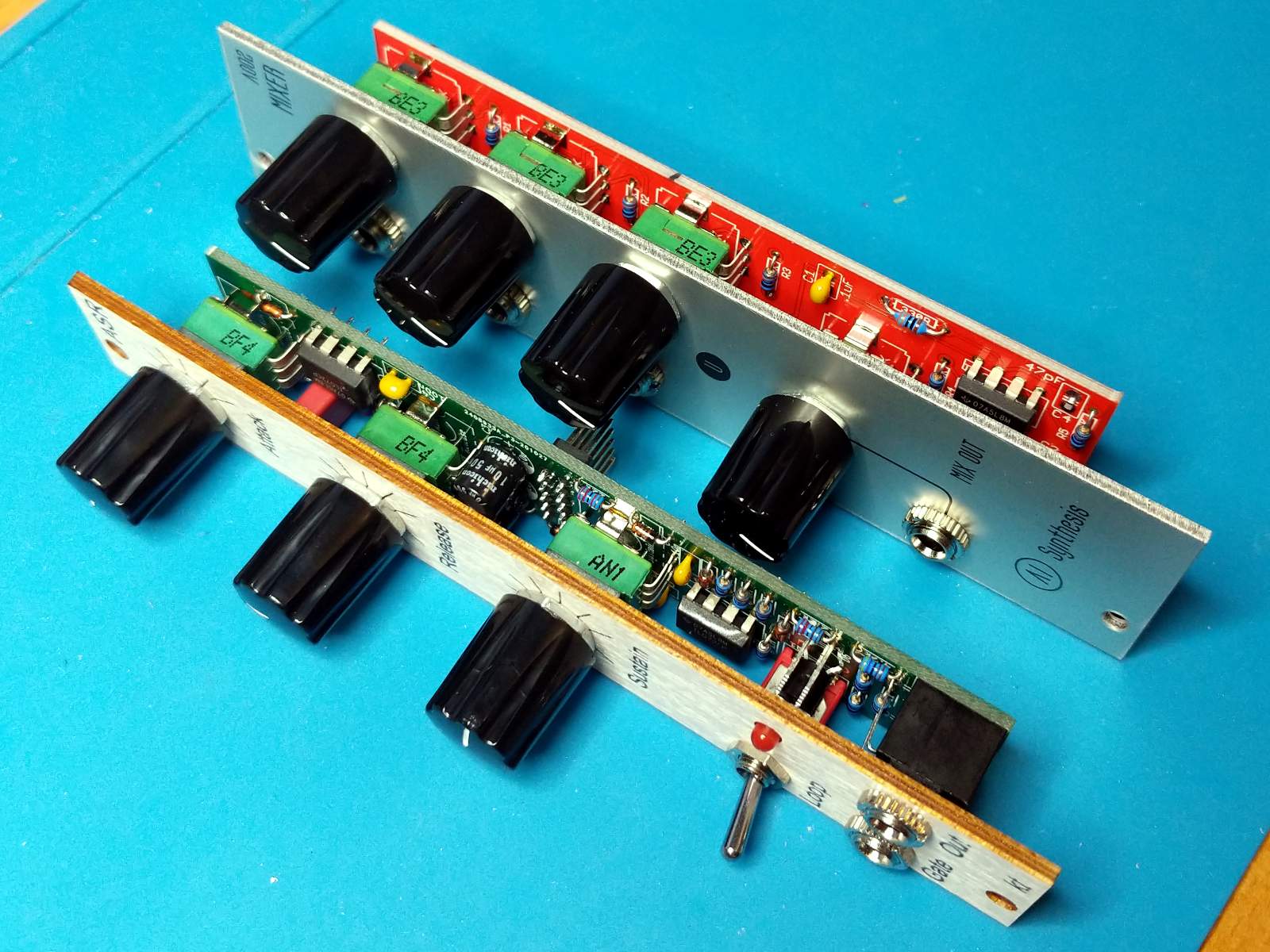 The Music Thing Modular Mini Drive distortion is a really simple kit, with all the SMD components already soldered. The only thing that made it slightly complicated was that I took some time to sand down the face of the bulb holder to get rid of some of the imperfections in the moulding, and the supplied connector for the bulb was the wrong pitch! (It seems that it fell into the wrong bag at the factory). As I have a crimping tool and plenty of 2.54mm/0.1” shells, I was easily able to make a new one, so no harm no foul.

I made an AI Synthesis A002 mixer. I’m often using my Mk1 Veils VCA as a mixer, and I’d like to free it up for more interesting duties. This is an extremely simple build, just a few resistors and capacitors and an op-amp, and I had most of the parts already. I did have a problem finding a through-hole ceramic capacitor with 2.5mm lead spacing, so I just soldered an 0603 SMD capacitor across the pads instead. Fits perfectly, and costs less too:

The Kassutronics ASR envelope is a simple little 4hp ADSR envelope with decay and release set to identical values, and a looping option to get those Thorsten Quaeschning effects. Again, I had most of the components already.

By far the most complicated was the ST Modular Gritzner delay, with over a hundred components and a lot of 0603 parts. What made it time consuming was the fact that most of the resistors were only one or two of each value. It’s a very absorbing hobby, if nothing else.

Unfortunately, what I didn’t pay attention to when buying the parts was the package of the SMD TL072 op-amps. I have plenty, but they’re all TSSOP, and the board needs SOIC. Under normal circumstances, I could have ordered some from RS and picked them up from their counter in Bermondsey, but supply chains are a mess and they don’t have them in stock. I’ve ordered some from the internet, and now I wait for the post so that I can solder on a couple of components that cost tens of pennies. Frustrating!

I’ve been using my new Omnifixo OF-M4.2 to hold stuff while I’m soldering, and I’m delighted with it. It’s a huge upgrade over the crocodile clip holder I was using before.

Last year, I reserved us a table in a restaurant for a Christmas meal in the week before Christmas. That was cancelled by the government. This year, I did the same, but this time it’s the restaurant who have just cancelled it, because they’ve decided to close a week early. I suspect they had so many cancellations that it wasn’t worth staying open. Maybe I’ll try again in 2022.