I finished my entry for the Loopop mega contest (parameters: “make music using the provided samples and to share how you did it”) just in time for the deadline. Of course, I could have done it weeks ago, except of course I couldn’t, because the thing about this kind of music is that you can tweak it indefinitely, and it’s only the existence of a deadline that makes me able to say, OK, this is good enough, and publish it.

So even though I’m not totally happy with it, it’s done! It took me several hours of trying various websites that claim to turn an audio file into a video with visualisations before I found a much easier way:

The title Galvanic Reanimation is an allusion to 19th century horror, because it’s nearly Hallowe’en, and because like Frankenstein’s monster this piece has been stitched together from samples with the assistance of electricity:

I doubt I’ll win anything, but I enjoyed doing it.

We watched Denis Villeneuve’s new Dune adaptation. It looked beautiful. The soundtrack (by Hans Zimmer, whom you’d never believe also composed the Going for Gold theme) was suitably ominous. The story was … well, I came out feeling like I’d just spent two and a bit hours watching a trailer for the next film. They’ve cut out all of the bits of the original story that aren’t just fighting and fleeing, and since we know that Paul has to make it to the next film, there’s not a lot of peril either.

Sanshinkai is back at SOAS, albeit slightly attenuated by circumstances and by the number of people that have emigrated since the start of last year. But we were back in familiar surroundings, and even managed to acquire a new member.

It was my first chance to use the Mundo AirPannier I bought a few weeks back. Cycling is the quickest way to get from home to SOAS, but I could never do it comfortably. Until now! 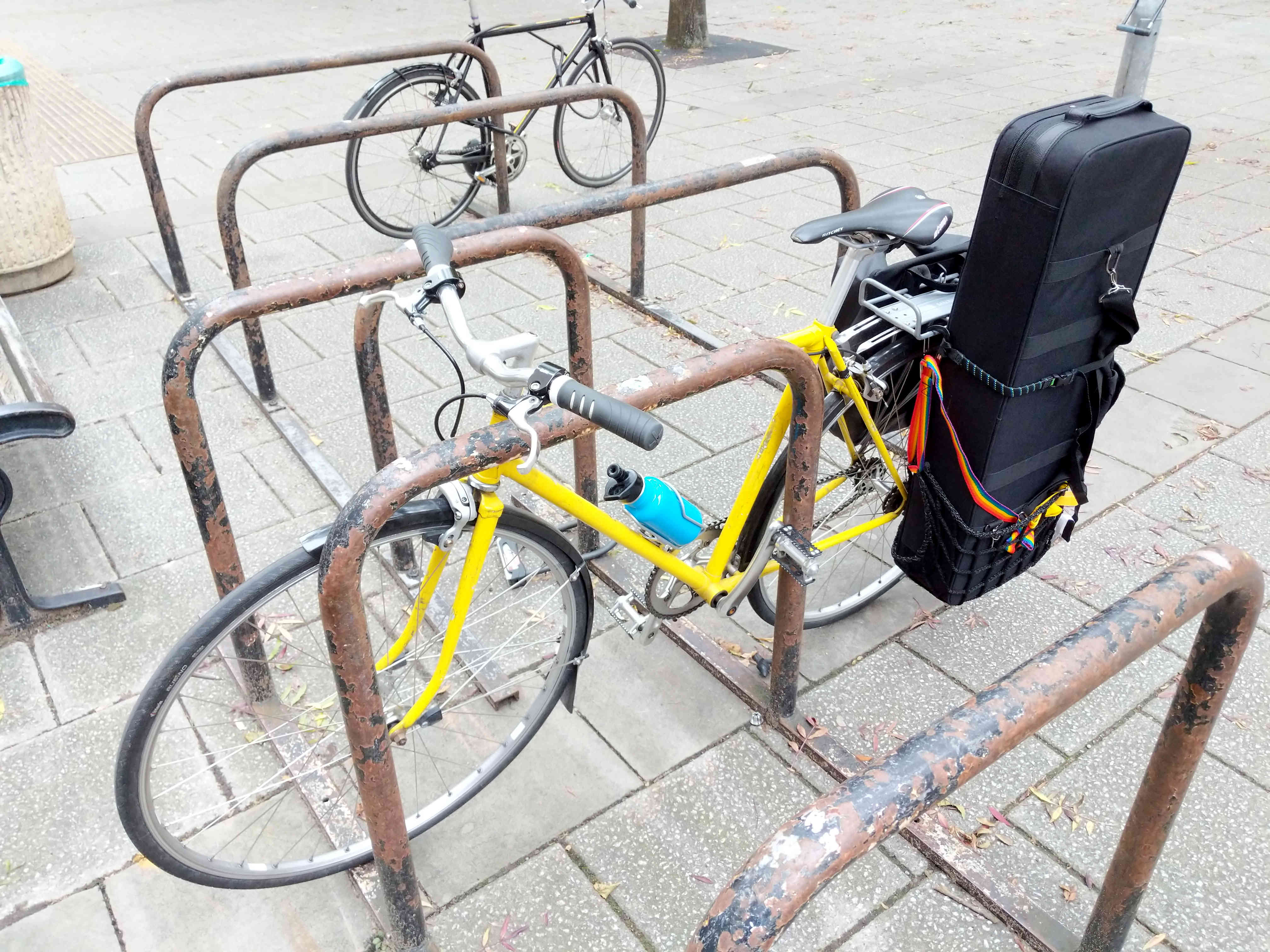 It works brilliantly, it’s easy to fit and remove, and it does everything it claims to. A very satisfactory purchase.