I was at the Rewired State National Hack the Government Day yesterday, held at the almost-brand-new Guardian offices by Saint Pancras station. The motivation is summed up on the site:

Government isn’t very good at computers. They spend millions to produce mediocre websites, hide away really useful public information and generally get it wrong. Which is a shame.

And we were there to do something about it, by showing them how they could improve things fairly simply—if only they could procure and specify their online efforts effectively, and avoid the temptation to see every piece of government-produced data as a sales opportunity rather than the commonly-funded common good that it is. We’re all users of government-funded websites, and we benefit by improving them.

James and I decided to take a look at improving access to time series datasets on the Office for National Statistics StatBase site. There’s a lot of information on there:

Time Series Data is a free-of-charge service that gives you access to a comprehensive database of more than 40,000 time series from major National Statistics economic and socio-economic releases. The complete histories of the time series are available in the database. You can download complete releases to your PC in a few easy steps; or make your own custom selection to view or download.

But it’s a shocker of a website, to be honest: it’s hard to know what information is available, and it’s difficult to get at. It works, but it’s clumsy and obviously hasn’t received much love in the past decade, as this quote makes quite clear:

The complete datasets are available in two formats: as a plain text file with no obvious schema, or in a proprietary NaviData format. Proprietary, that is, to the antediluvian in-house NaviData application written by the ONS themselves. It’s Windows-only (although it does work in Linux under Wine), but you aren’t missing out on much, apart from perhaps the weirdest toolbar icons ever committed to pixels (the pointing hand closes the program): 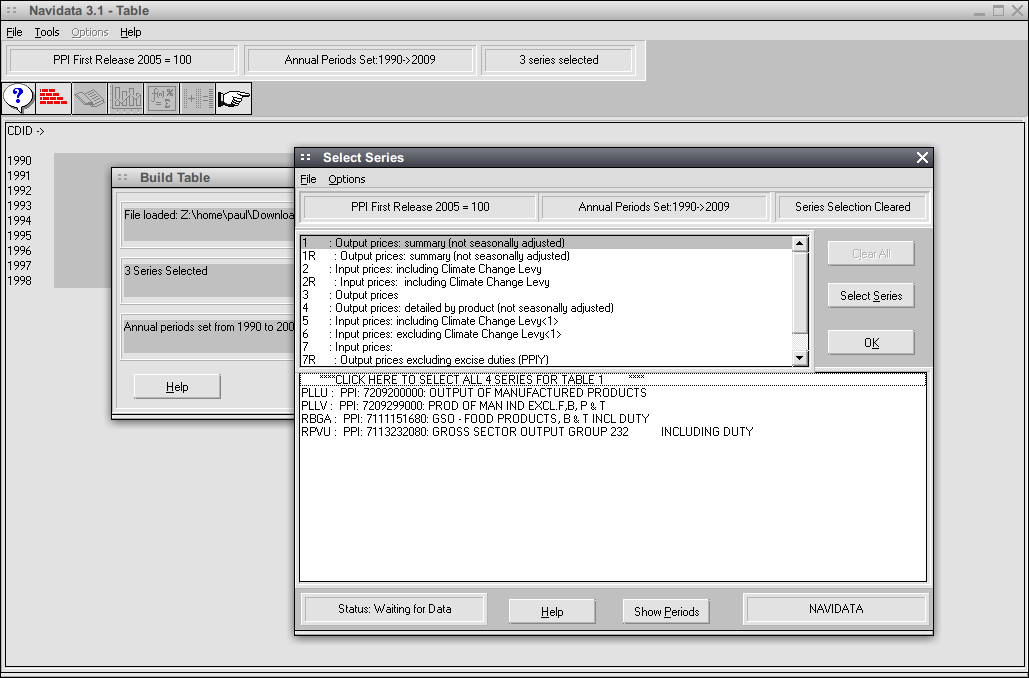 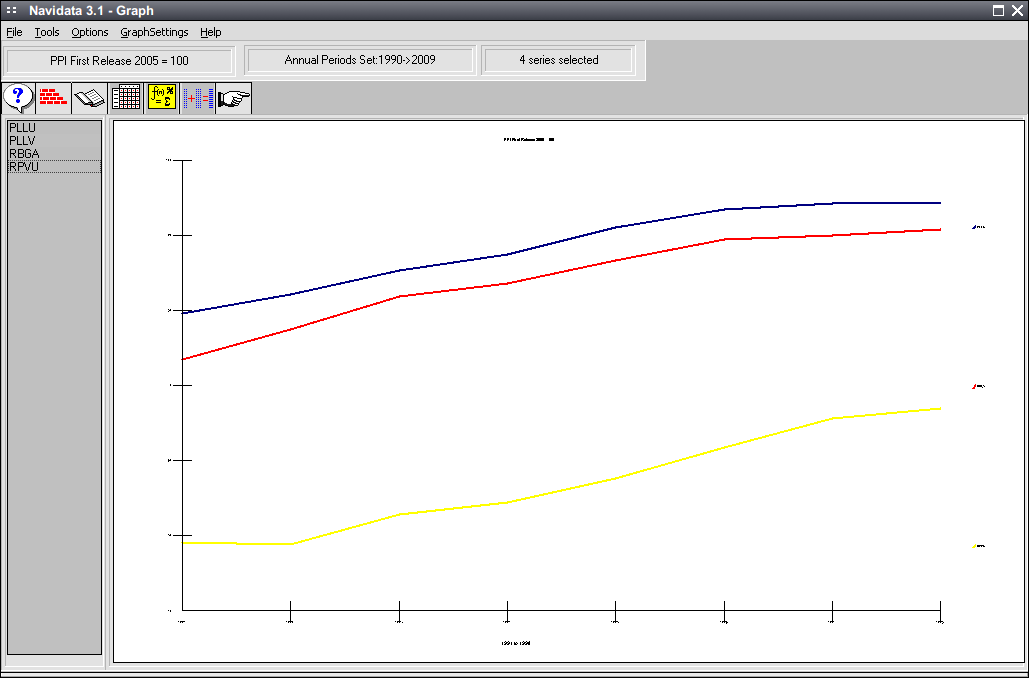 So if you don’t run Windows, the bulk datasets are pretty useless to you, and if you do … they’re still not awfully useful. But that’s not the only way to get to the information: you can drill down to smaller subsets via the website, and view these as tables or export them (CSV is one of the formats) for further processing.

If you do that for GDP data, you get something like … alas, it’s not possible to link directly to a result set: you have to go through multiple levels of form submission. Those of you following along at home will need to start on the time series page then proceed as follows: