You can’t go to China and not see the Great Wall, can you? Well, I did: I missed it last time! So this time I took a day trip to Bādálǐng (八达岭) to see the Great Wall of China. Badaling is the easiest part of the wall to get to from Beijing and, for the same reason, rather crowded. The Great Wall is the most-visited attraction in the world, and Badaling probably constitutes the bulk of that. Even on a cold Monday in March, the ambience was, in places, more that of a rush-hour subway station than a historical monument. 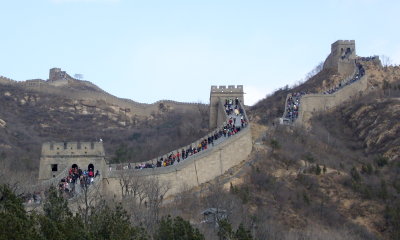 By walking further than the crowds are willing or able to go, you can, however, get to some relatively quiet parts. You just have to elbow your way through the tour groups and persistent hawkers of tat to get there. 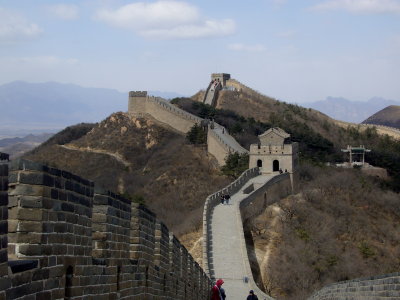 And it is a great wall. Walking along (and up and down) it is tiring enough; the idea of building the thing defies comprehension. It’s like someone built a castle on a hilltop and then just kept going for thousands of miles. It’s truly amazing. 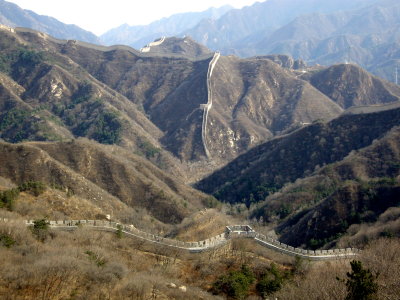 Badaling’s reputation as the most over-restored and commercialised section of the wall is entirely deserved. However, it’s hard going even with the restored paths, steps, and handrails. There are some inclines of about forty degrees without any steps—just smooth paving. It’s hard work walking up, and it’s hard work walking down. And when you get to the end of the restored section, your way is blocked and you have to go back and do it all over again just to get out! (Actually, there is a cable car. That’s cheating, obviously.)

As a defensive fortification, though, the Great Wall just doesn’t work. The t-shirt and postcard vendors avoid the entrance fee by scampering up the hillside and over the wall! And if someone selling postcards for a few yuan can breach the defences, the Mongol warriors aren’t going to be stopped by it … 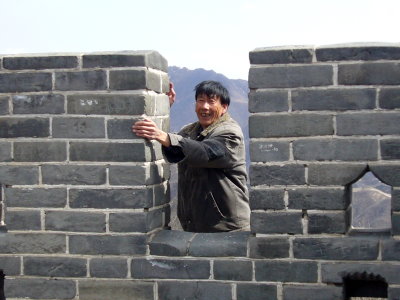 Just to add a truly weird touch, there’s an advert for Niagara Falls on the back of my Great Wall ticket.