After seeing references to Michael Cross’s ‘Bridge’ installation linked all over the web, and discovering that it was just round the corner from my flat, I had to go and see it—and try it out myself!

‘Bridge’ fills half of the decommissioned church in which it’s installed with a large pool of blackened water out of which small stepping stones progressively emerge: as you step on one, the next appears. 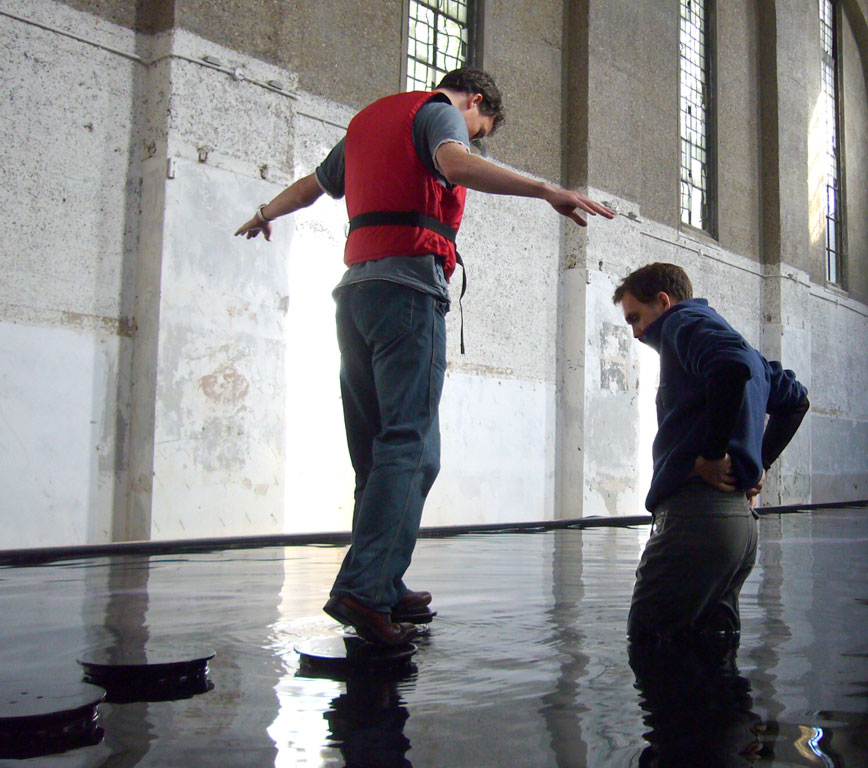 That’s me walking on the way out; the fellow up to his thighs in the water is Michael Cross himself.

The hidden jiggery-pokery that makes it work uses your weight on one pad to elevate the next via a system of bicycle brake cables and a parallelogram arrangement of struts. If that sounds a bit Heath Robinson, it feels sturdy enough: the cables are not load-bearing, and the parallelogram arrangement locks in place when loaded. The only slight problem for someone like me is that it needs quite a bit of weight to activate—and I’m only 60 kg. That meant that I really had to balance all my weight on each pad to summon the next. Contrary to reports, the steps behind don’t disappear behind you: that might be a future enhancement.

As with all the best things, children aren’t allowed to participate. Adults have to sign a disclaimer acknowledging that they might fall in and get wet (no shit!)—but only one person has actually managed to do so thus far. The pool is only 60 cm deep, but you have to wear a life jacket for some CYA insurance or health and safety reasons. (If it were up to me, I’d say that Darwin can take anyone who manages to drown in two foot of water in supervised environment, but I know that the organisers weren’t too impressed with the onerous insurance requirements either.)

It’s a great concept. Even though you know intellectually that the water isn’t deep, it requires you to overcome a certain amount of fear to get out into the middle. Coming back is much easier: all the stepping stones are already there. There’s a strong sense of relief and accomplishment once you actually make it back. (Hence my strange facial expression below.) 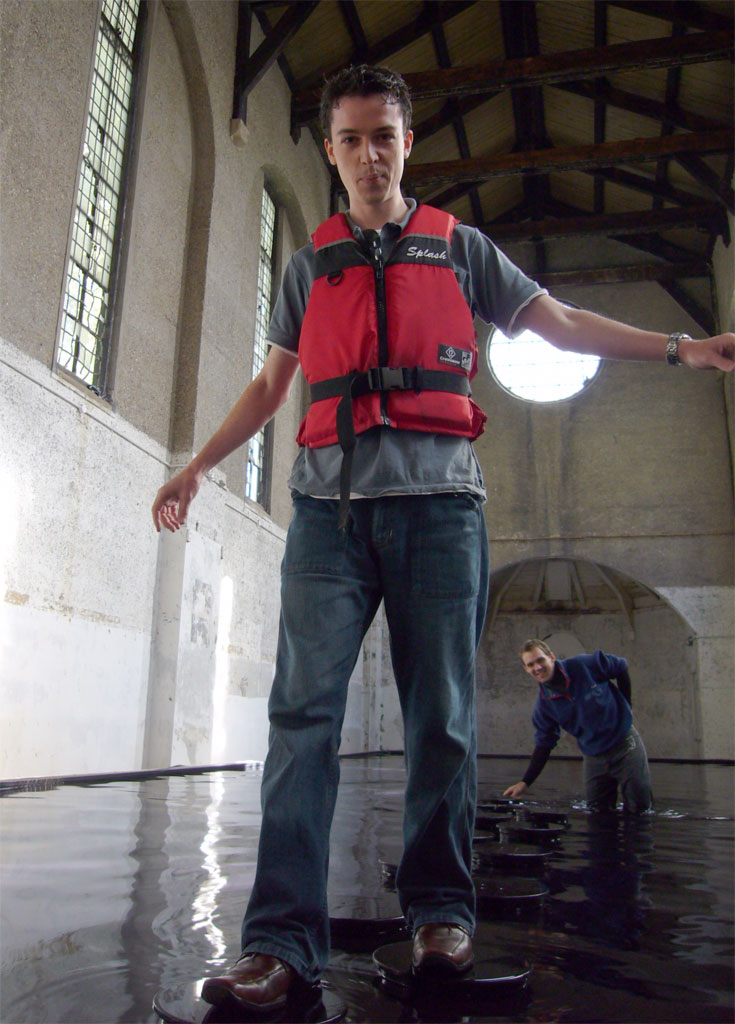 If you have a chance, go and give it a go. It’s free and it’s fun. It’s open until 29th October; there are more details at Visit London.