There was a partial eclipse of the sun this morning. I’ve seen a full eclipse before, but the weather was cloudy on that occasion. This time, it was a clear day, and I managed to get a photograph with a slightly creative camera arrangement.

I cut two discs from the magnetic film of an old floppy disk and taped them onto the lens of my digital camera as a filter. This attenuated enough of the light that I could point the camera at the sun and get something recognisable out of it. The film lends a distinct reddish hue, which I decided not to edit out. Here’s the green and blue channels combined, which gives a more accurate impression of the sun’s shape, but looks a bit fake: 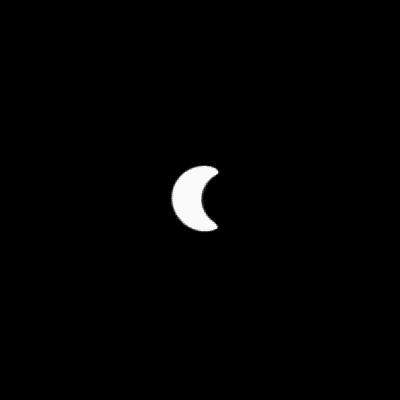 At the maximum eclipse, about half of the sun’s disc was obscured by the moon. It lent a very mysterious air as, although the sky was blue and the sun was shining, and the quality of light was that of a fine day, the amount of light was significantly reduced. Everything felt just a little alien: I could have believed that I was on some other planet, Earth-like yet not Earth.