Someone (a fan of my socialist-propaganda-influenced graphic style) suggested that I should make a logo for Ruby on Rails. Apparently, David Heinemeier Hansson (known for obvious reasons as DHH), the developer of Rails, is paying someone $1000 to design a logo.

Unfortunately, he’s already chosen a designer, but I decided to make a logo anyway, as an exercise. It was about three hours’ work in total. 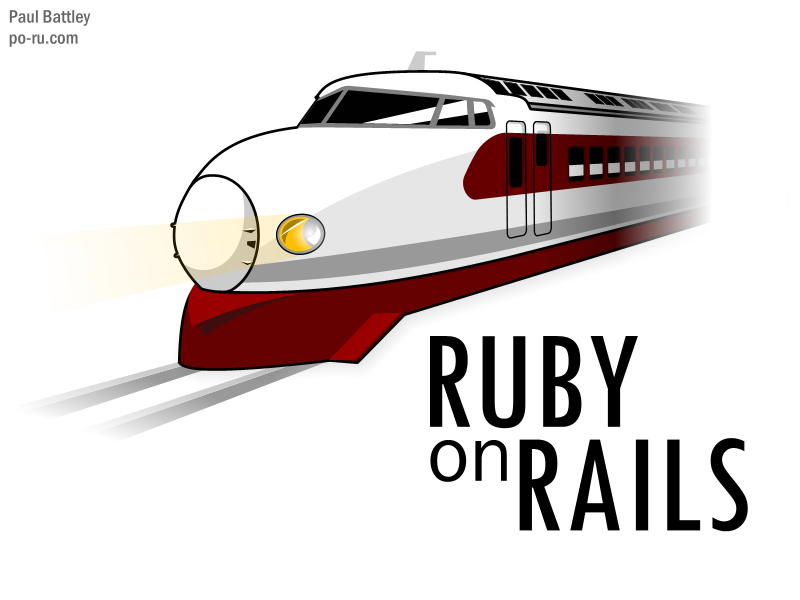 As far as the concept is concerned, it’s a Series 0 Shinkansen train (the classic bullet train), because of the name Rails and because of the Japan connection: Ruby is a programming language from Japan. I simplified it by removing the wheels, and made the colour dark red, like a Ruby gemstone.